Islands of time
Project
Locations
Artist
Bibliography
Inventario nº 319200 NEUQUE’N ISLANDS ARGENTINA, Archivo general de la nacion / Buenos Aires, Argentina
Project
what shapes the identity of a nation and its culture?
Islands of Time initiated by the multidisciplinary artist Niccolò Masini explores the relationships between the intangible feeling of belonging and the construction of geographical identity.
The project analyzes collective memory as a representational construct trying to weave new textures in history and see otherwise. A central part of the research, will be the utilization and manipulation of found migratory archives and the use of living archives. The project unfolds from diaspora archives to arrive through research to multidisciplinary visual/cinematic experimentations. The study is centered as a means to observe tangible and intangible migratory processes, their mapping and traces, in relation to borders and colonization, and economic political processes that originated imposed fluxes of the labour force, with the aim to narrate other histories.
»Perhaps instead of thinking of identity as an already completed definition, which specific cultural practices represent, we should instead think of identity as an ongoing ›composition‹: never complete, always in the process of, always embodied within and not outside representation.« Abbasi, Hasti (2017)
Islands of Time, officially supported by the Miller-Zillmer Foundation, will be part of the 2020/22 Global Exhibition Program / Project Anywhere, an exhibition model for art at the outermost limits of location-specificity. Project Anywhere is a vehicle for illuminating artistic research and projects that take place outside traditional exhibition circuits. At the cessation of Project Anywhere’s annual global exhibition program, all hosted projects will be presented at the biennial conference Anywhere and Elsewhere at Parsons Fine Art in New York City. Project Anywhere is supported as part of a partnership between the Centre of Visual Art (University of Melbourne) and Parsons Fine Art (New York). 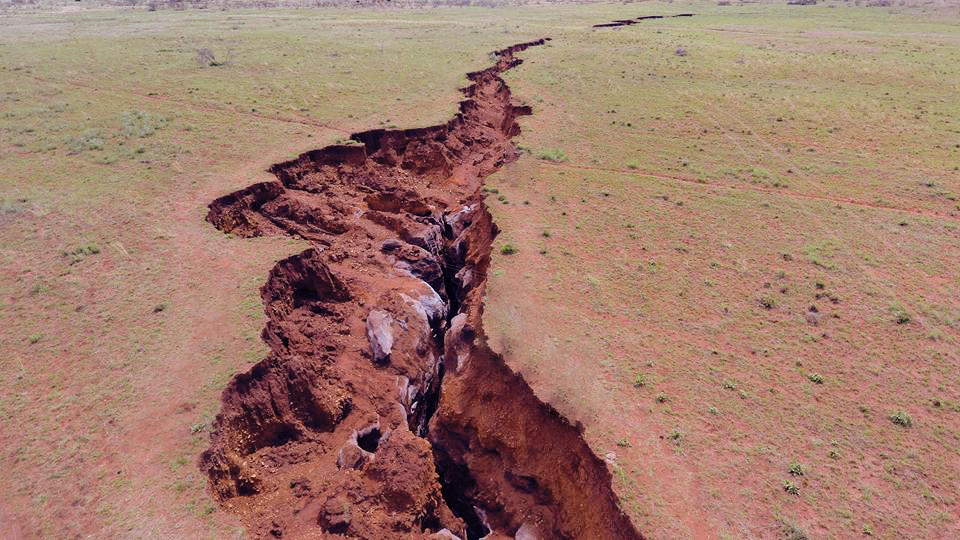 »I’ve been thinking and reading about the spatial inequalities and a lot about lines and dividing factors. And also about numbers. Because that’s what the division is about. Numbers of population, salaries, housing size, wealth, Gini coefficient. It all comes down to a single number. So it’s very clinical in a way. But also makes for beautiful geography if you look at it from above. The lines running through cities to divide them by wealth. Like the photo you sent of the crack in the Earth. The experience might speak about the idea of mapping and tracing. And divisions? Yes, whether they are cultural, economic or social. Composed of separating lines and gaps. Because many cities were built the way they are. Do you know what happened during the apartheid in RSA? So, these divisions are constructed and are not natural. And you can see it through maps and drone’s footages.« Marisha Flovers in conver-sation with Niccolò Masini for #IslandsOfTime, Genoa / Cape Town
You see, through certain kinds of spatial engagements there might be a transfer of empathy because of your ability to experience yourself in that way. Would you be able to acknowledge anything different than your own perception? 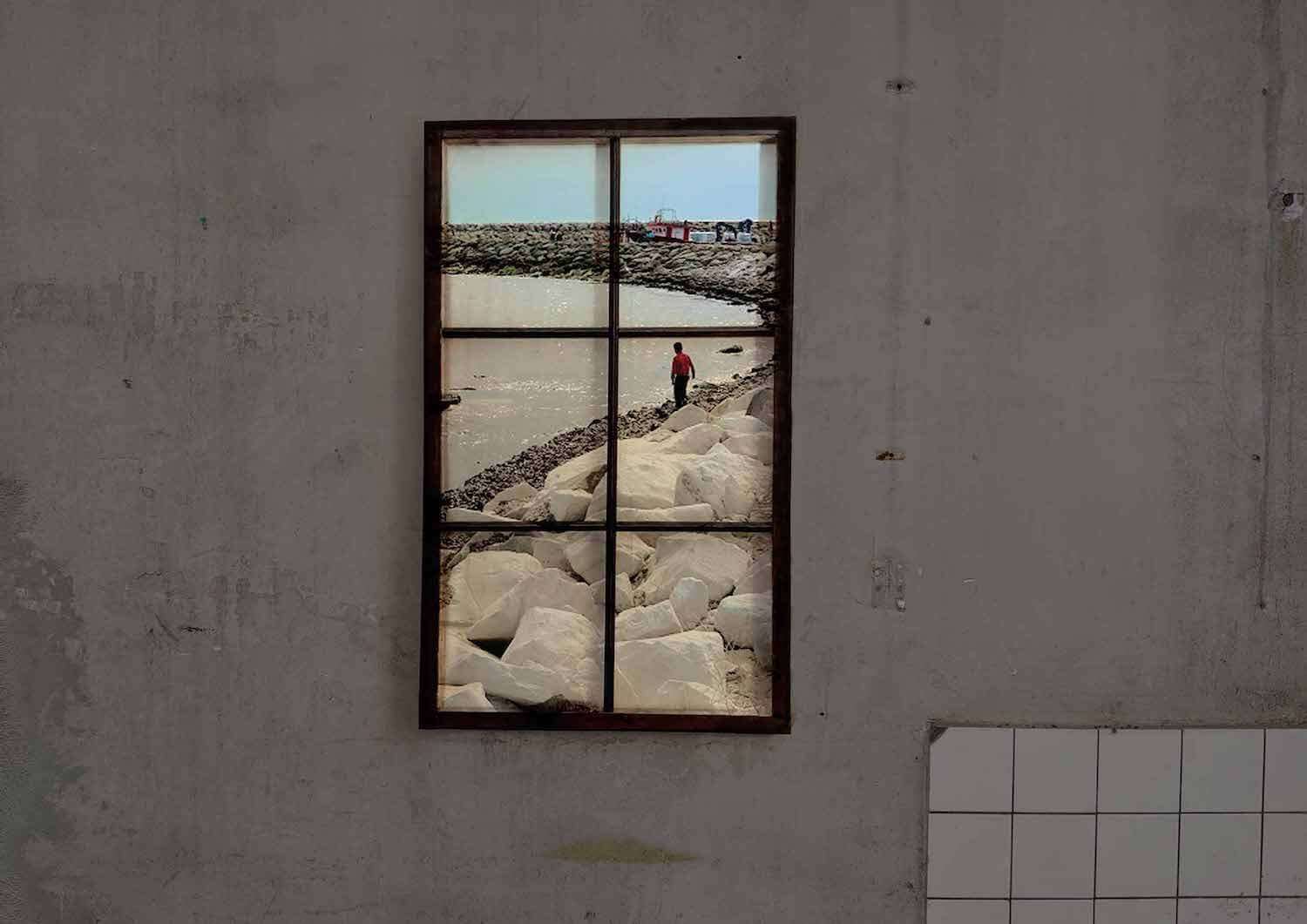 Nomadism as a form of migratory process, memory as a form of resilience - Western Sahara has been disputed since 1975 when Morocco claimed the territory as part of the kingdom, and the Polisario (Frente Popular de Liberación de Saguía el Hamra y Río de Oro) fought a guerrilla war for the Sahrawi people’s independence. Morocco argues that the notion of Western Sahara statehood is illegitimate and that the region’s resources are theirs. The Polisario’s self-declared Sahrawi Arab Democratic Republic is recognized by the African Union and Algeria, which has given the group military support for decades and currently hosts more than a hundred and seventy thousand Sahrawi refugees in confined camps. As a result, Western Sahara has been the stage for a growing human-rights conflict as well as significant regional geopolitical tensions. A 1991 ceasefire split the region in two between what Morocco calls its southern provinces and an area controlled by Polisario. 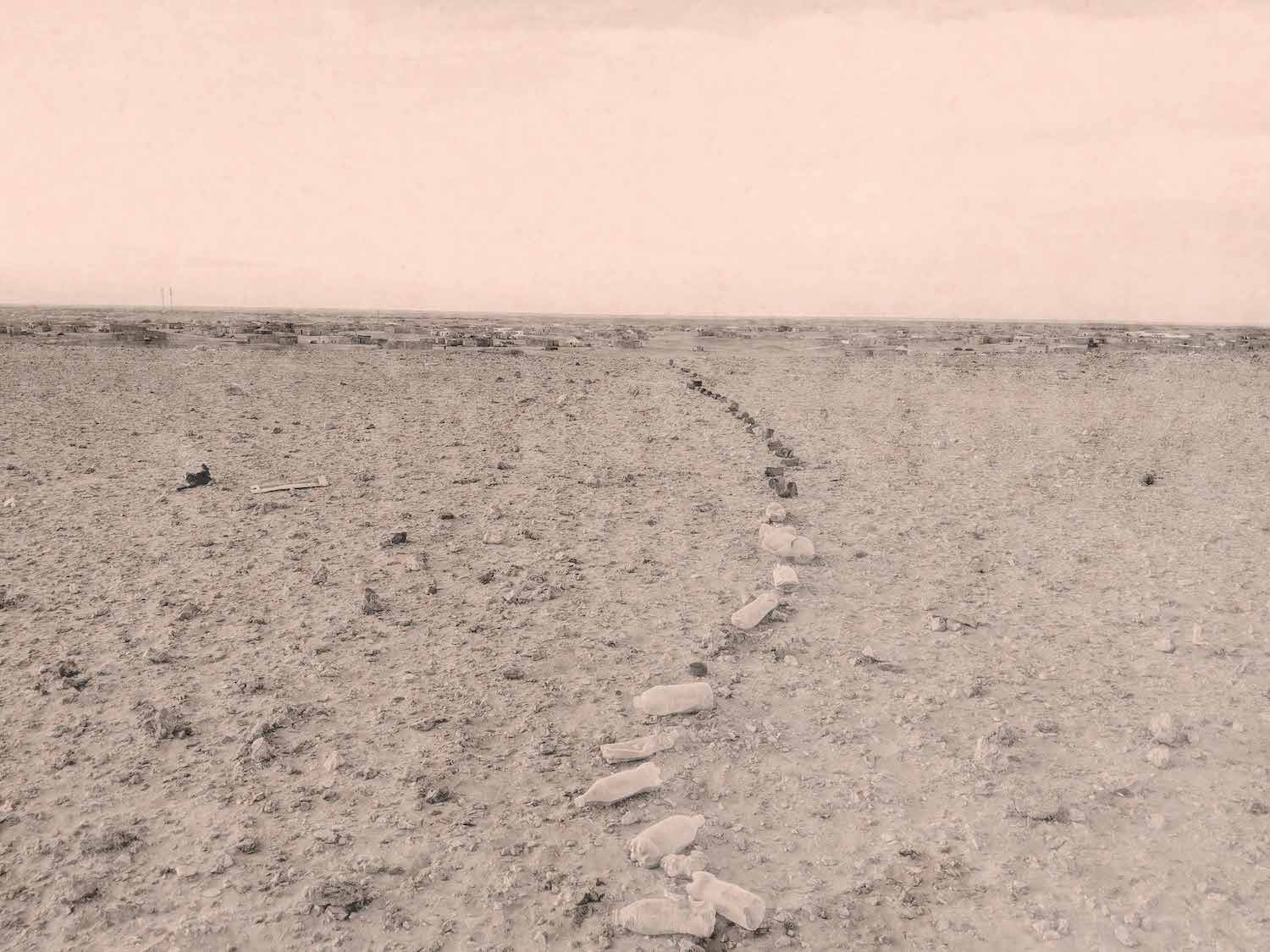 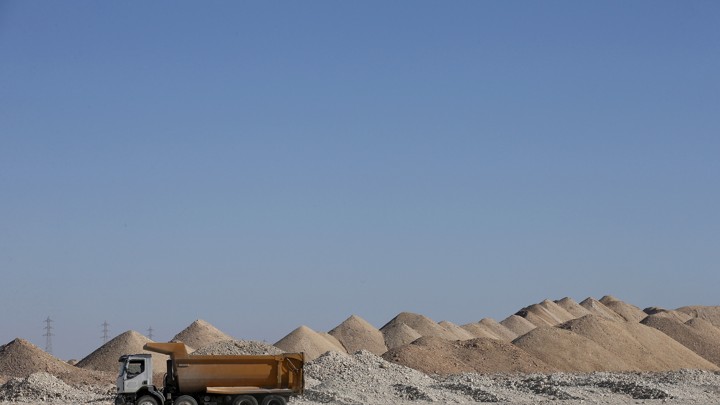 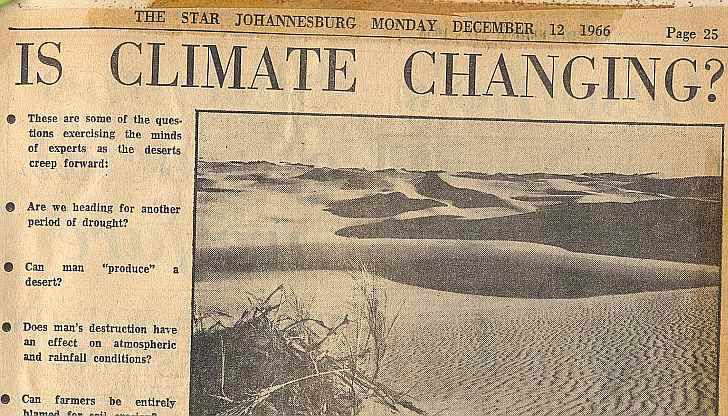 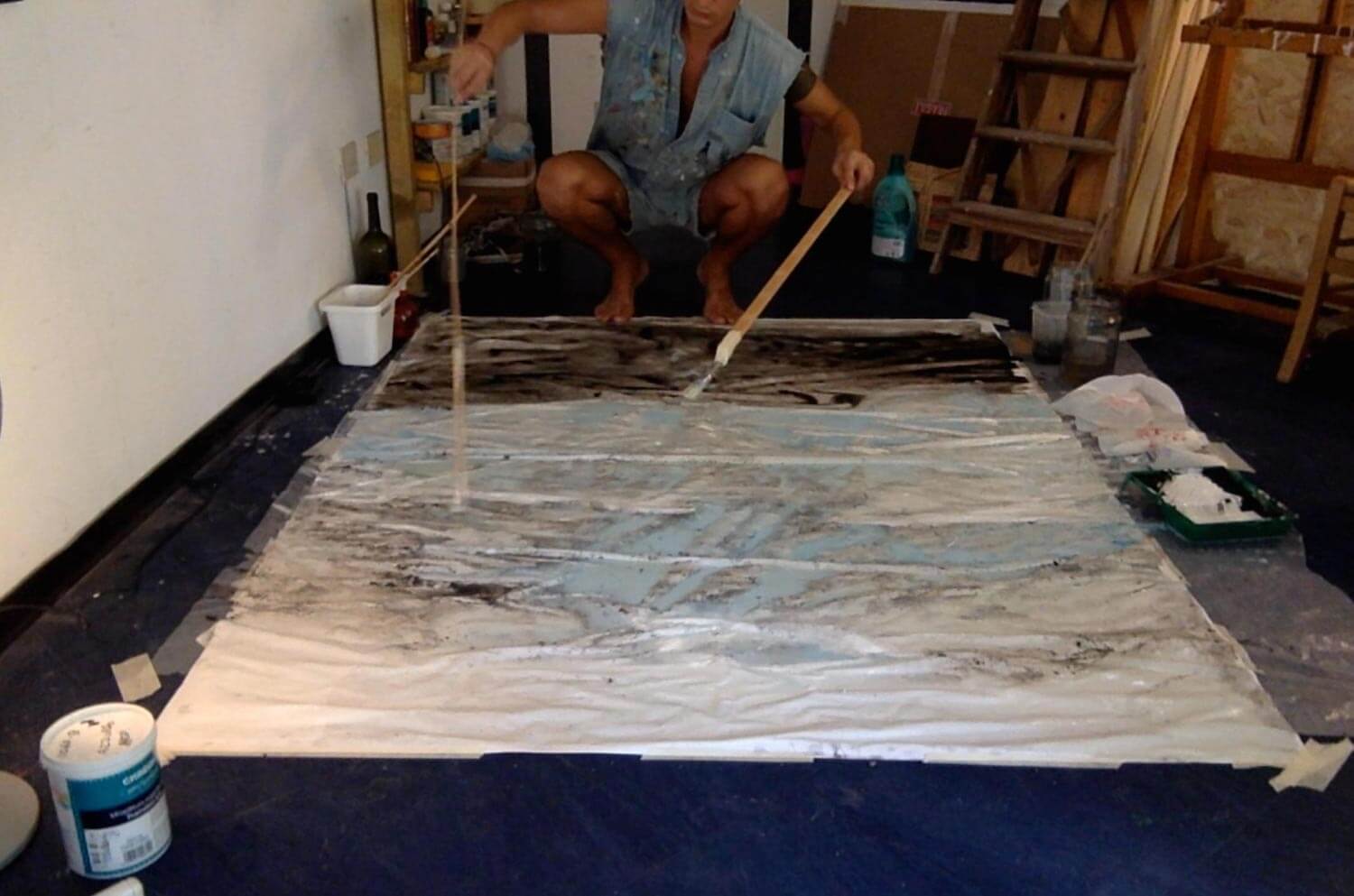 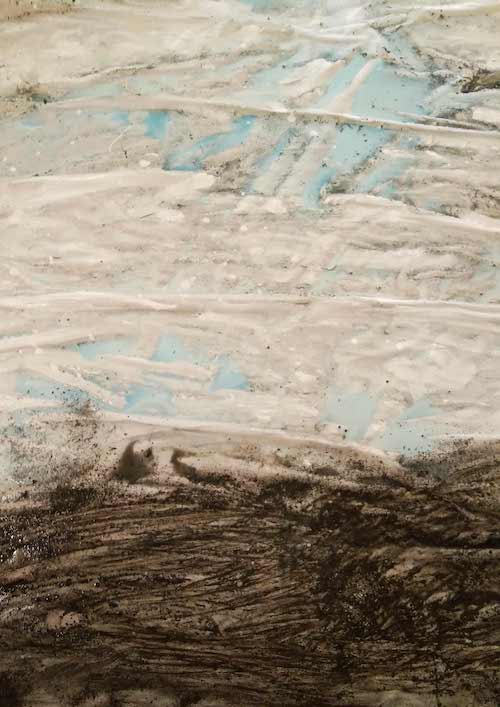 LOCATION 02 — »Island as a bridge for memory« — Aeolian Islands (IT)

Is it possible to live with memory without falsifying it? As for all things tending towards infinity, a set of islands remember.
‍
An island remembers its territory. In constant motion, always in the process of, far from the accuracy of precision or linearity.
‍
An island knows its people, composed by all the multitudes stepping into its shores‘ mutable delimitations.

An island acknowledges its margins, facing the complex apparatus represented; it translates through the continuously changing historical context.

An island acknowledges, conscious about the fact that over time, its delimitations might be subjected to a substantial interpretation.

An island possesses multiple identities. Knowing that »yesterday« was never simply there, and tomorrows cannot be taken for granted. Before and after are deeply interconnected, depicted asseparate entities belonging to a separate temporality. 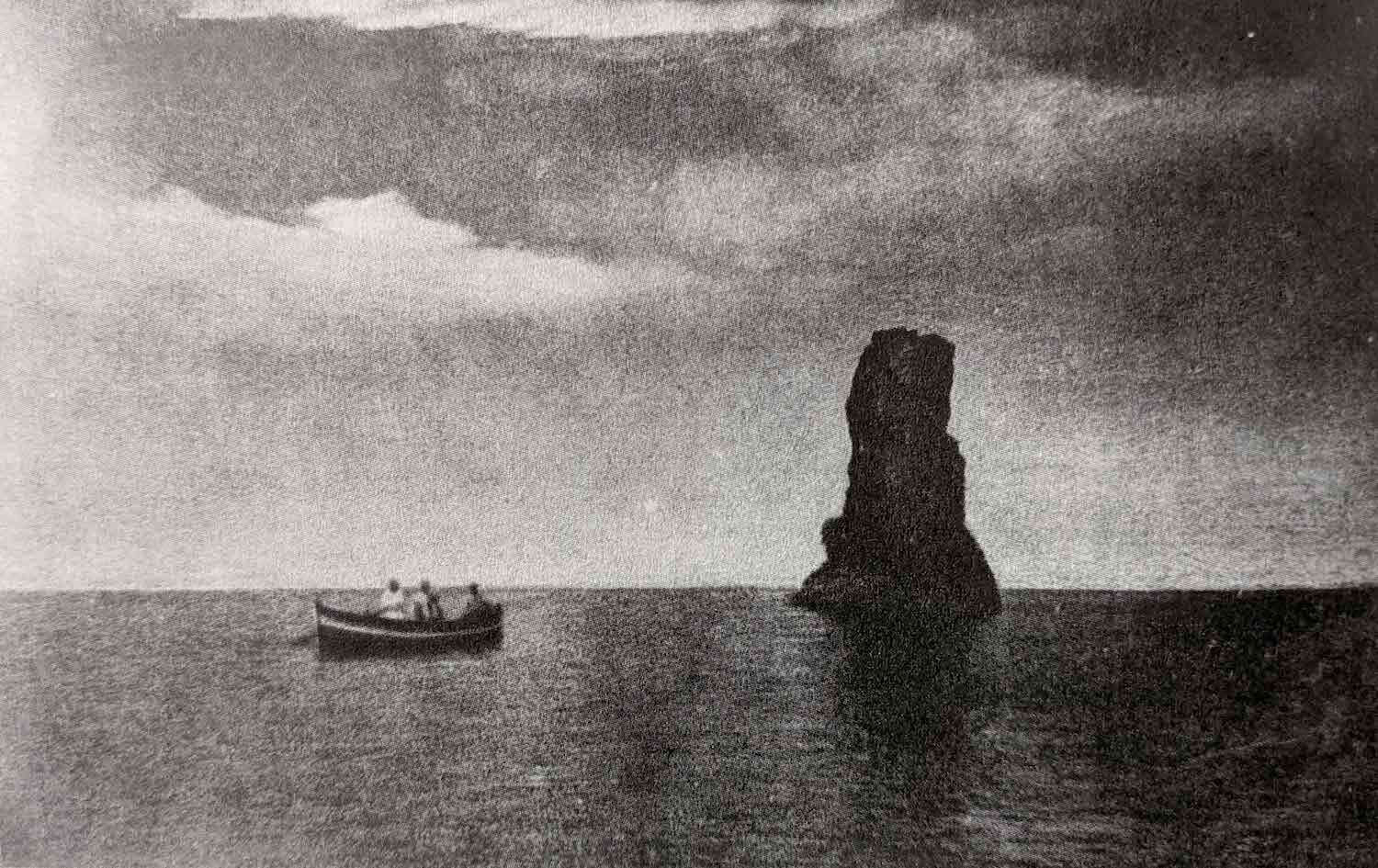 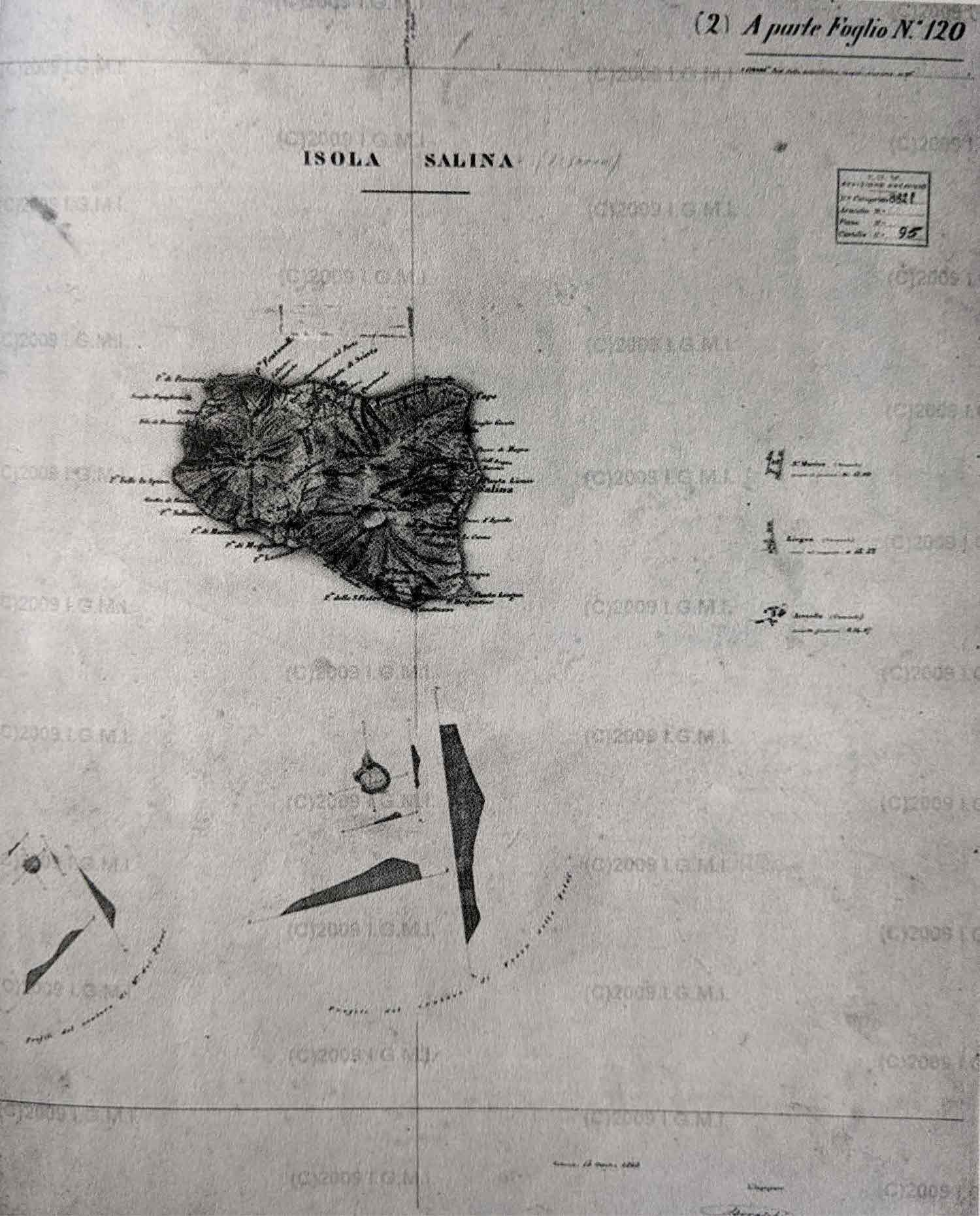 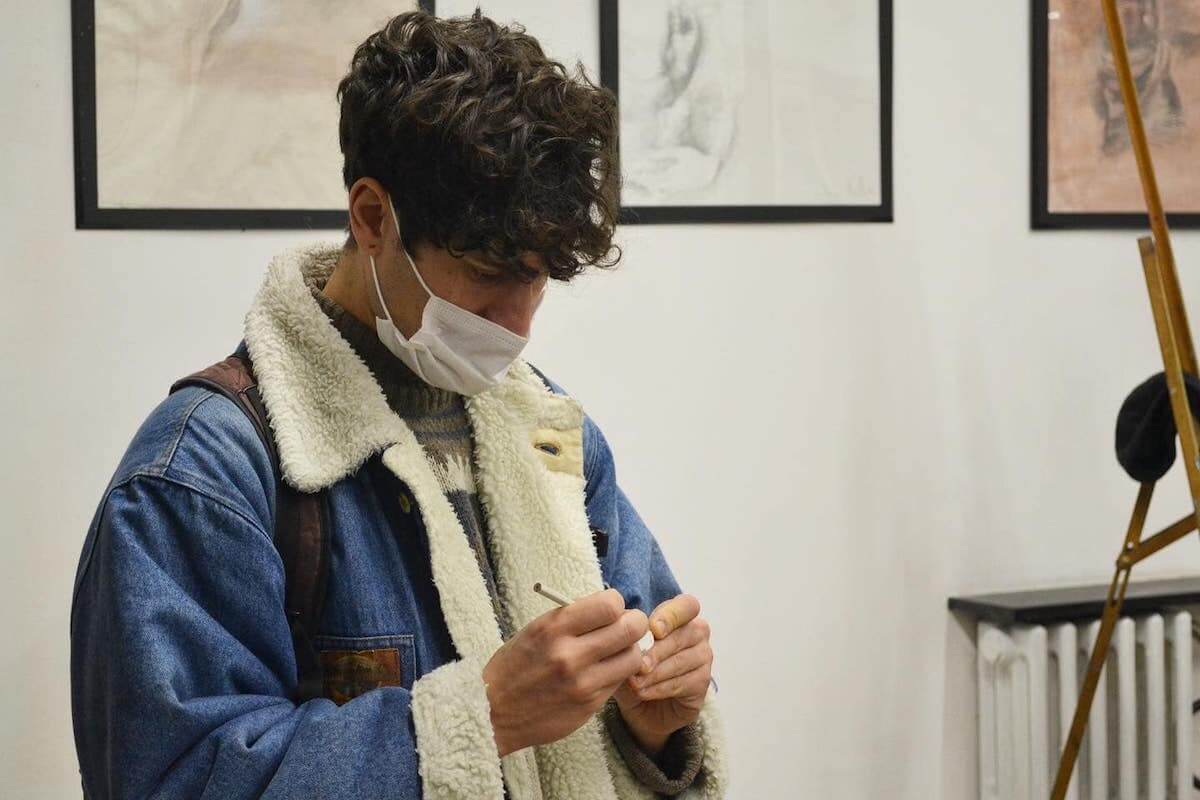 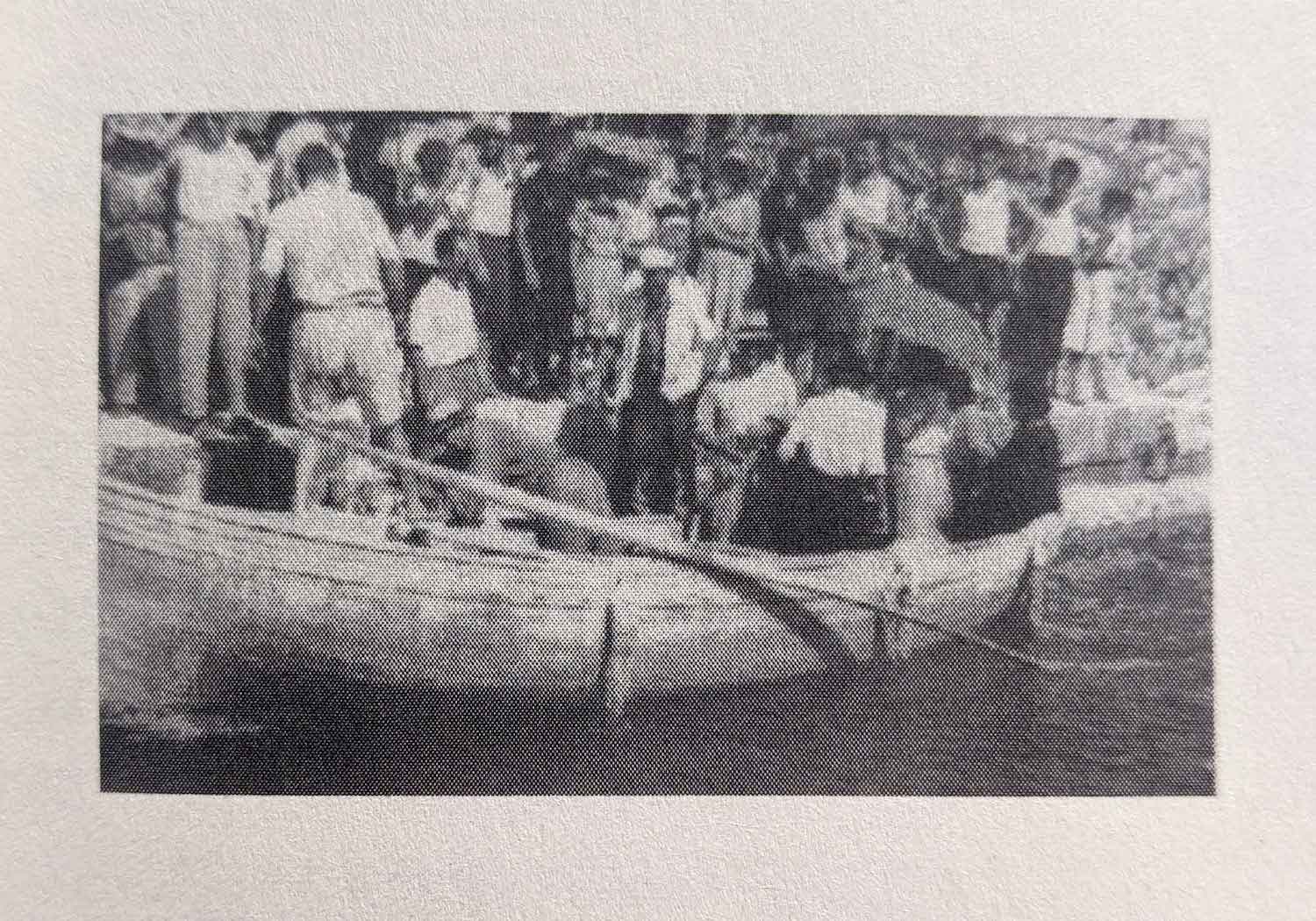 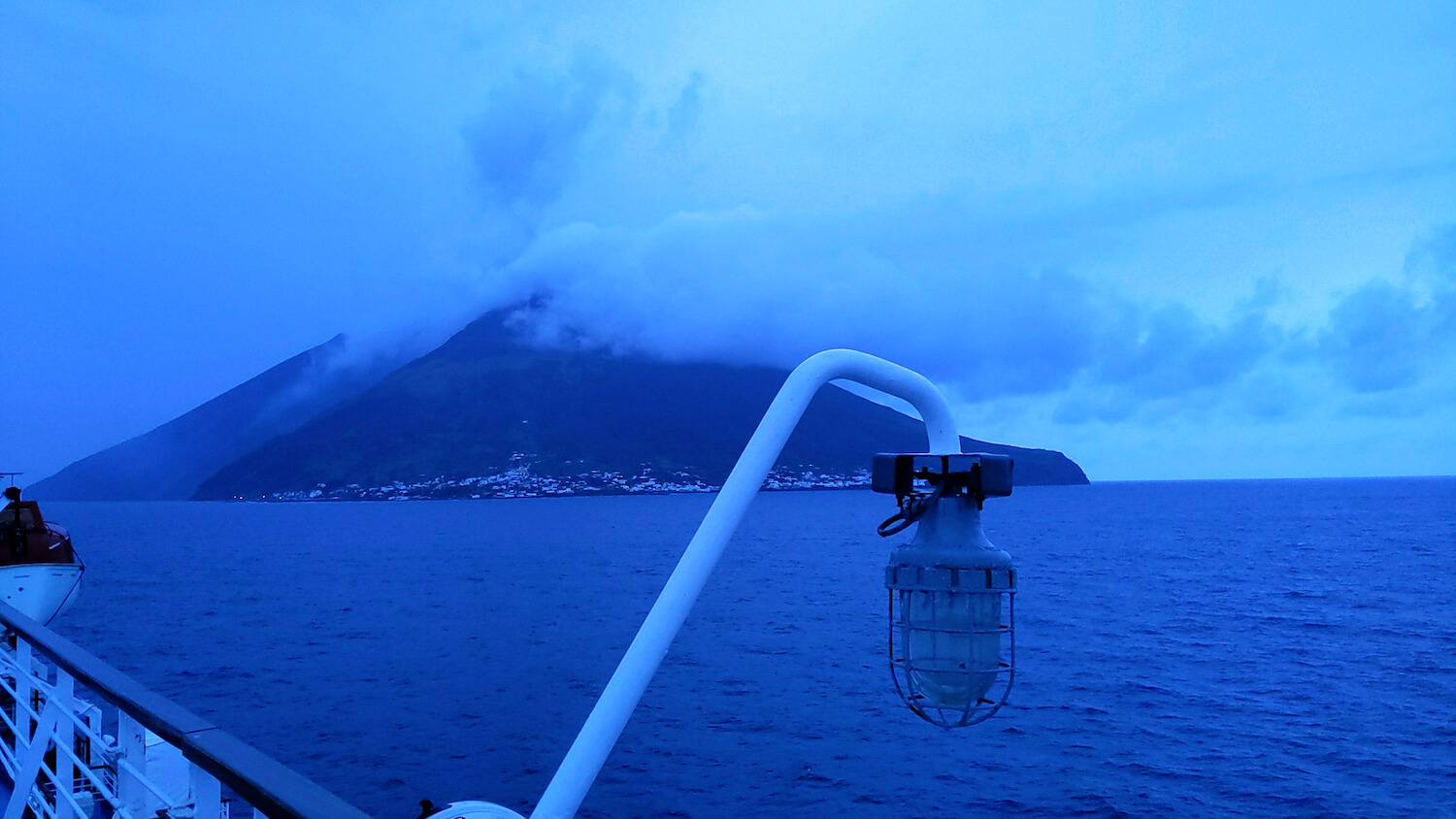 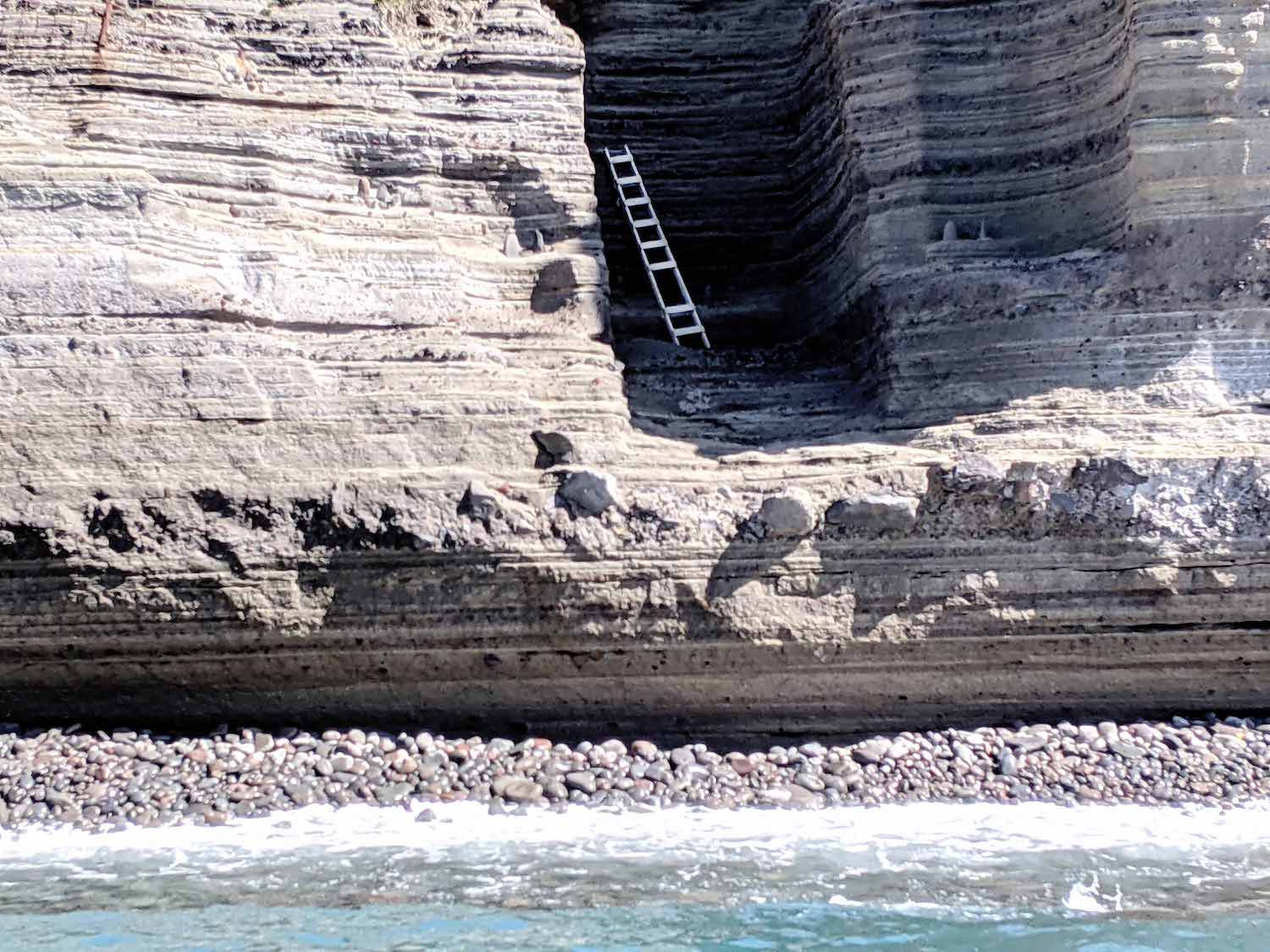 LOCATION 03 — »Land As A Construct Of Memories« — Argentina

FROM A DIALOGUE WITH MARISHA FLOWERS_Genoa / Cape Town

[09:33, 12/20/2020] Marisha Flovers SA: I’ve been thinking and reading about the spatial inequalities and a lot about lines and dividing factors.

[09:34, 12/20/2020] Marisha Flovers SA: And also about numbers. Because that’s what the division is about. Numbers of population, salaries, housing size, wealth, Gini coefficient. It all comes down to a single number.

[09:34, 12/20/2020] Marisha Flovers SA: So it’s very clinical in a way. But also makes for beautiful geography if you look at it from above. The lines running through cities to divide them.

The experience might speak about the idea of mapping and tracing.

And divisions? Yes, whether they are cultural, economic or social. Composed of separating lines and gaps.

Because many cities were built they way they are. Do you know what happened during the apartheid in RSA? So, these divisions are constructed and are not natural. And you can see it through maps and drone’s footages.

Which is why I like the ladders theme of yours. I think we could do something which merges these imagery together in a playful but thoughtful way. Nothing too specific or cliche or instantly recognizable. 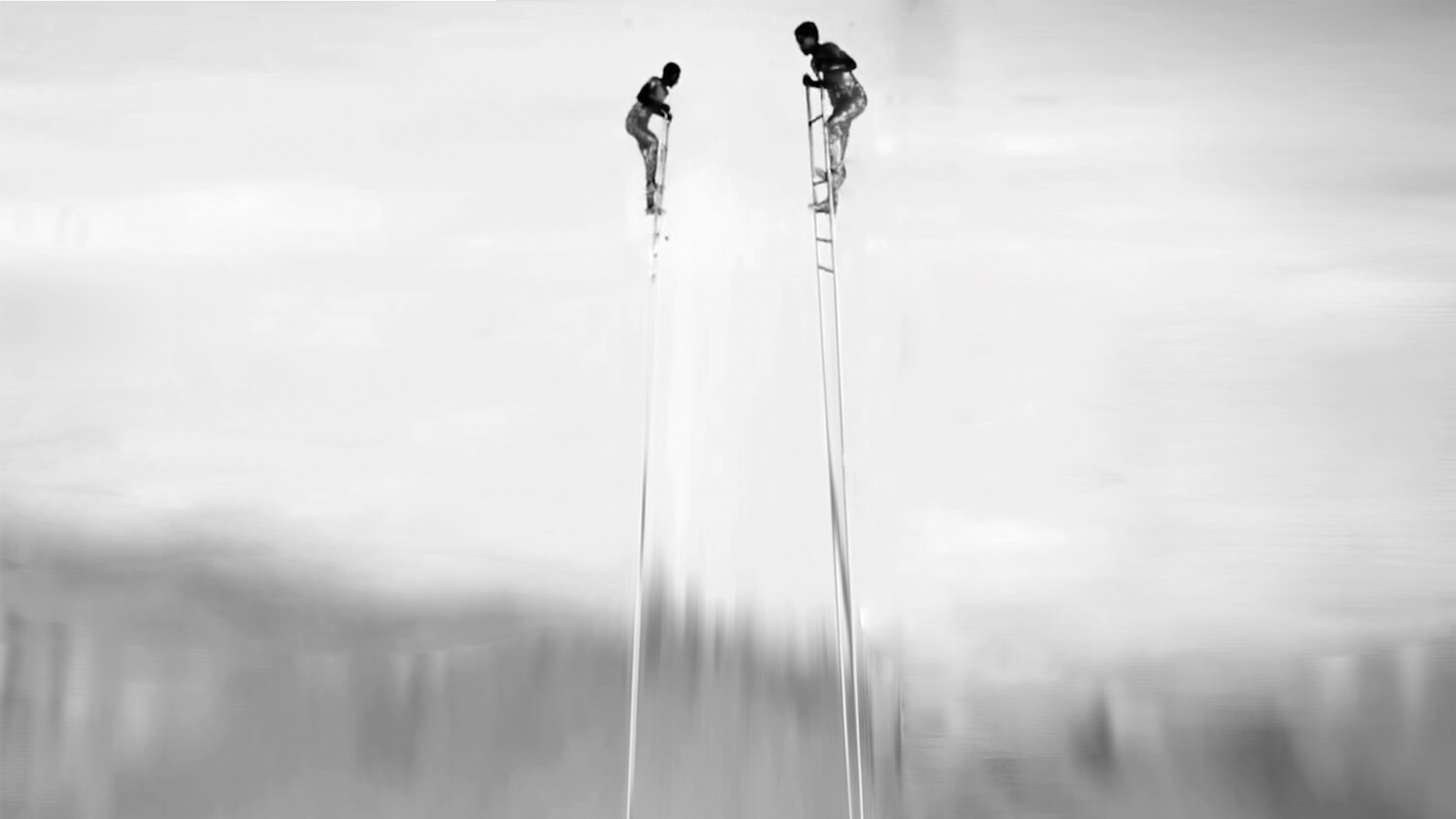 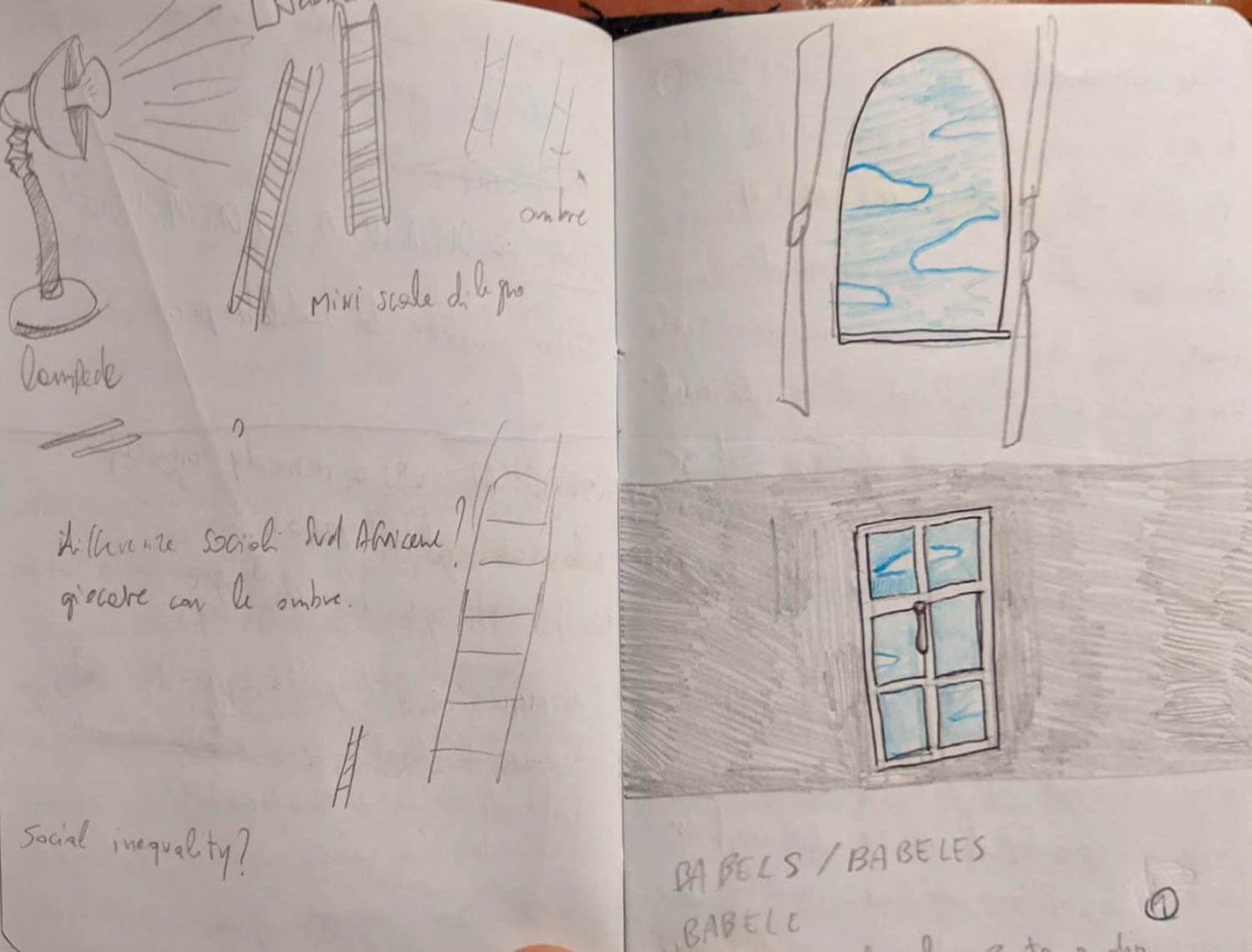 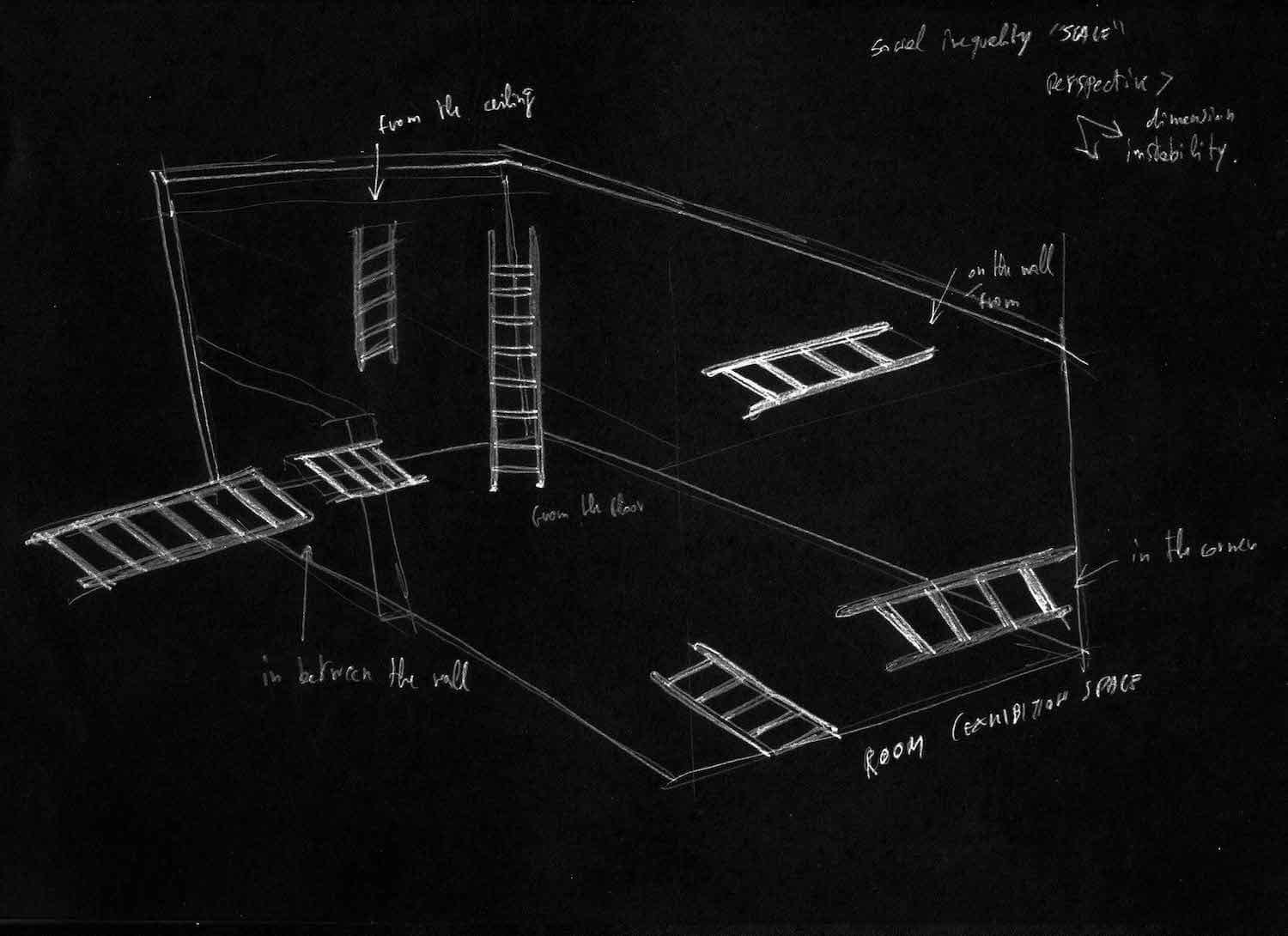 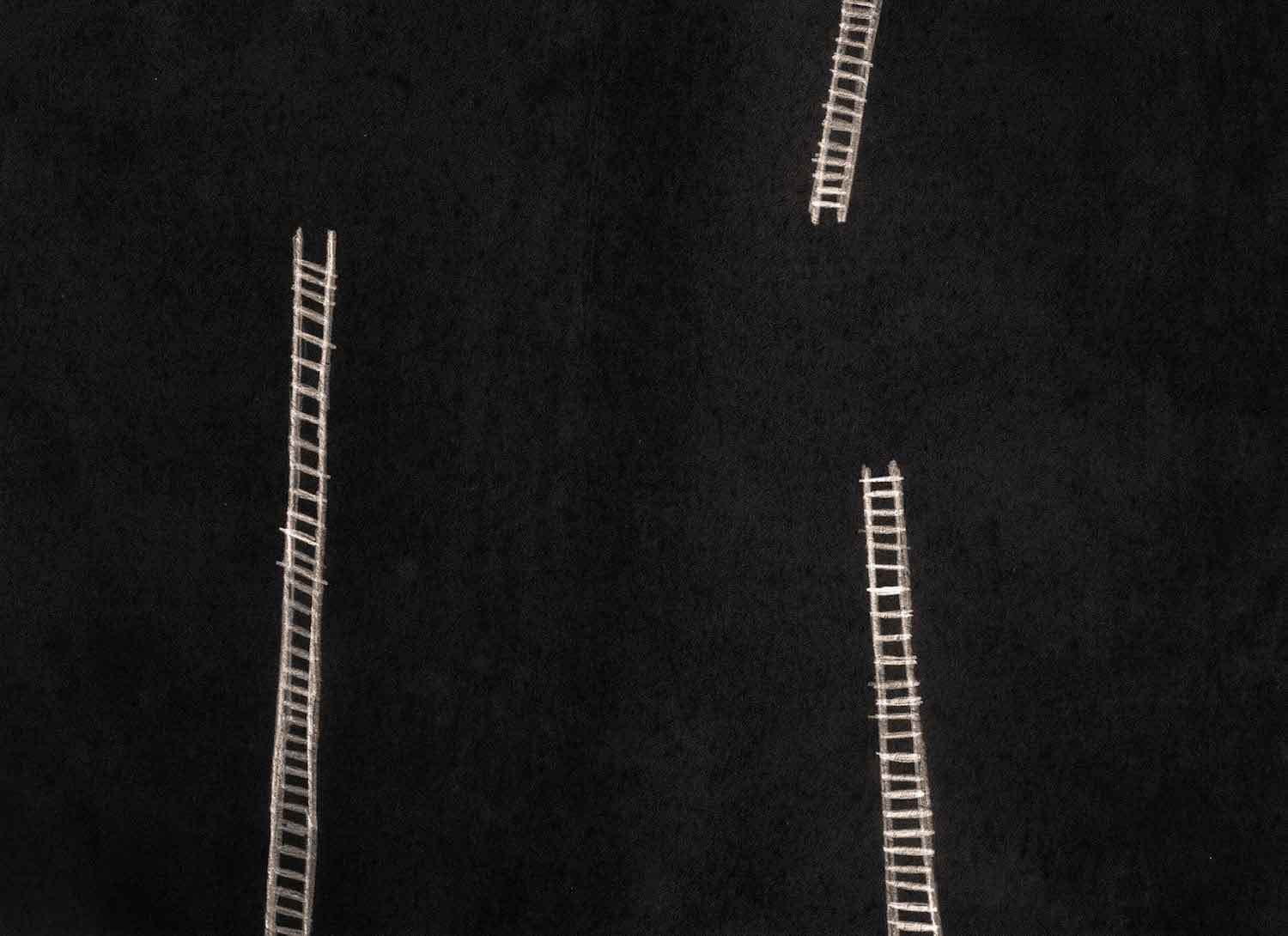 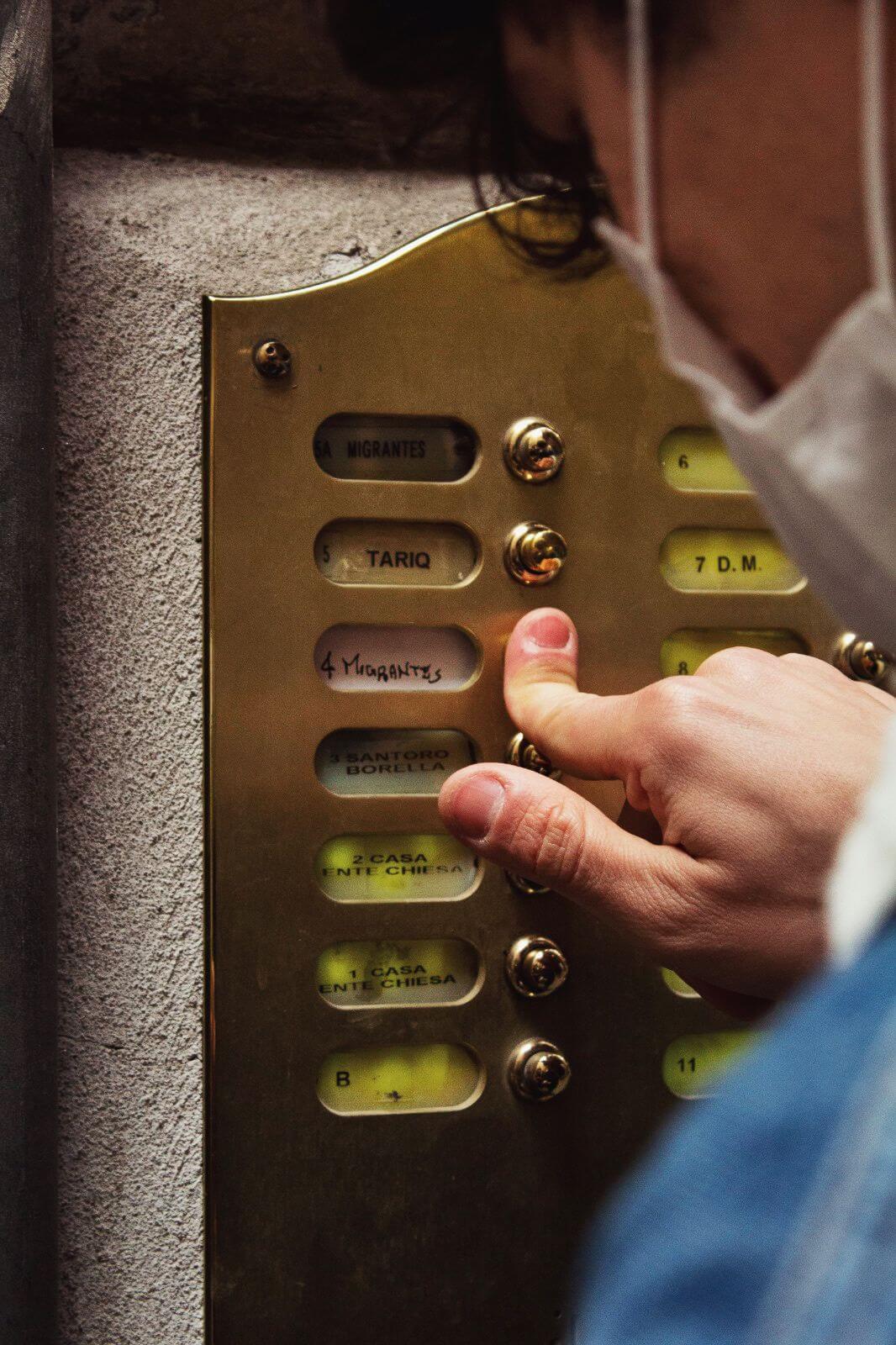 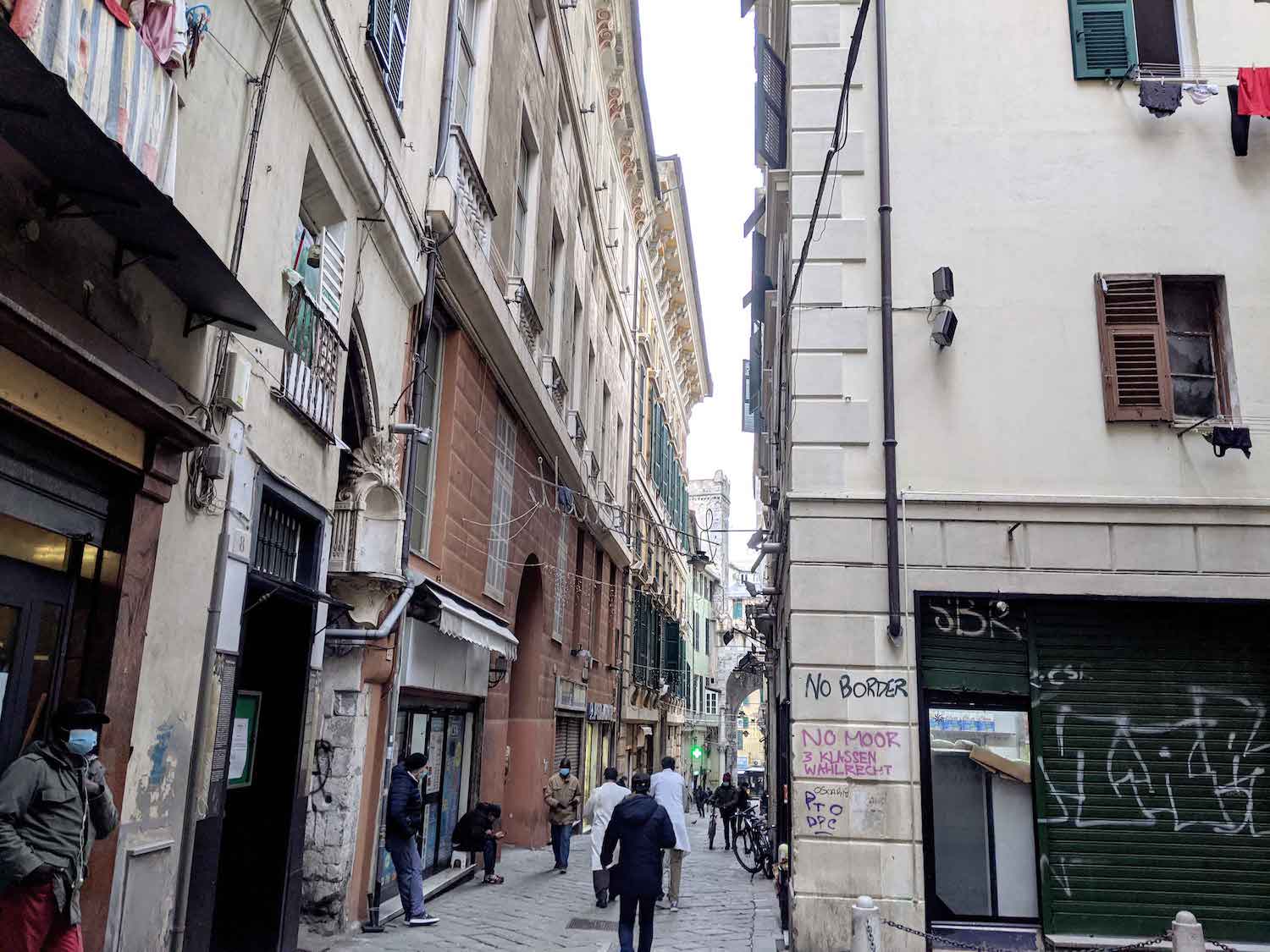 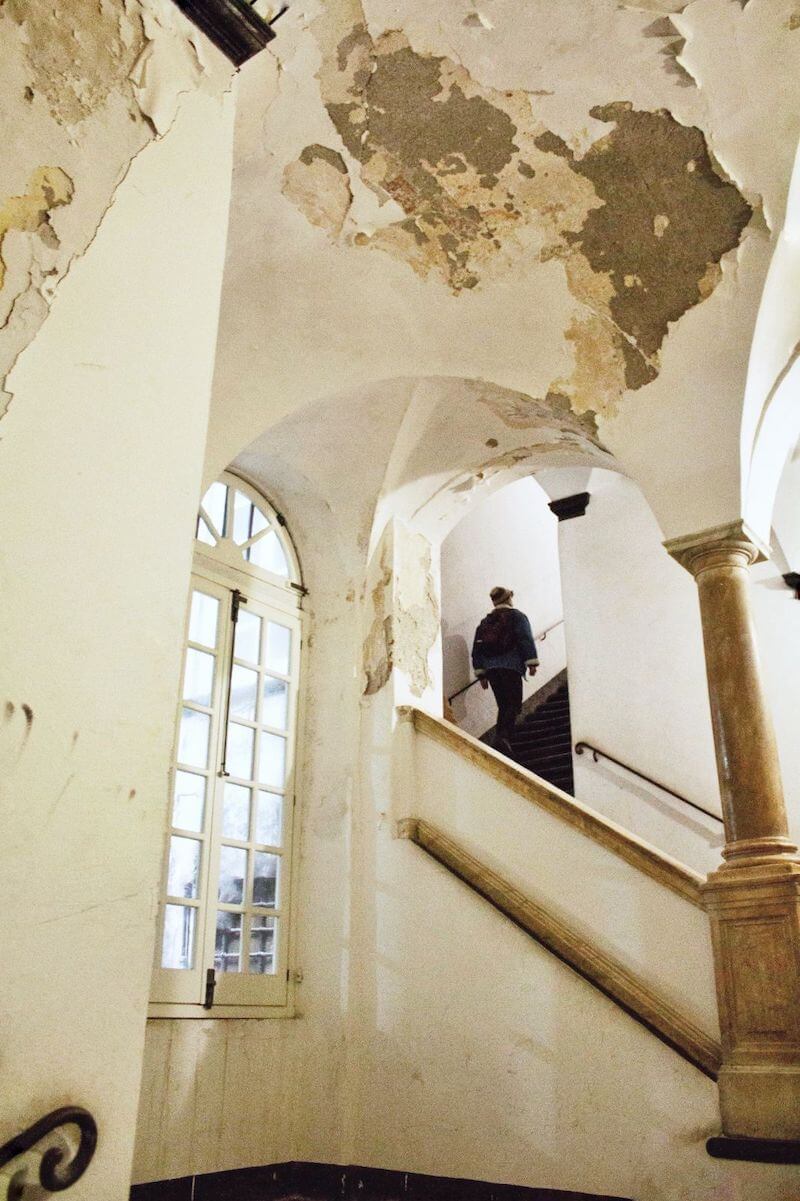 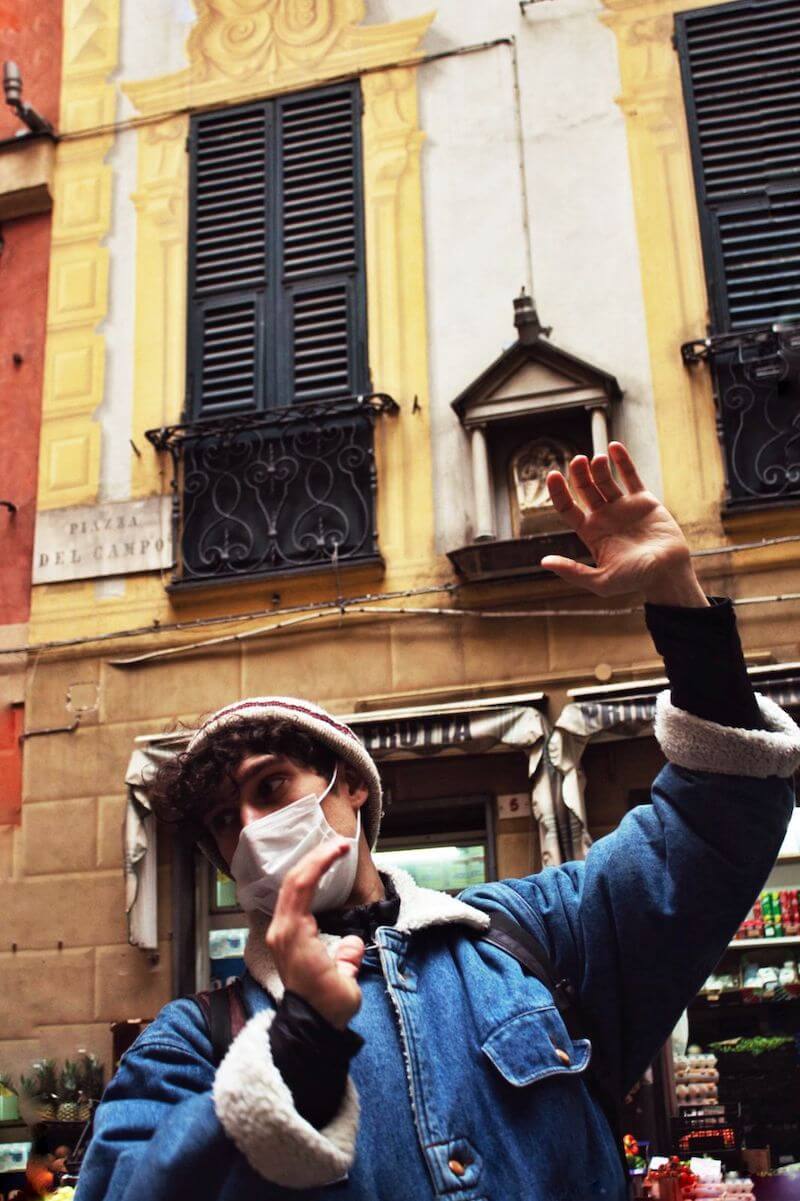 Artist
Niccolò Masini
Born in ‘89, Niccolò holds BFAs in Animation and Illustration as well as Audiovisual Arts. He is currently following an MFA in art practice. His artworks fall into the realms of narrative and craft, but also poetry and anthropology, which guide the audience through an engaging narrative of methods, voices, views, and perspectives.
Questioning the fundamentals and the hidden rules of culture, Niccolò raws his inspiration from literature, history, folklore, psychoanalysis, religion, anthropology, or even simply daily life experiences. His work encompasses video, installation, research, and painting; but the process of image-making remains central to his way of working. He is absorbed in the idea of creating something out of time, space, and movement, bringing the otherwise immaterial into a composition of physical being, often with a mixture of techniques regarding the specificities of every project he’s working with.
Practicing on three continents, Niccolò’s work has been exhibited internationally in countries such as The Netherlands, Australia, Canada, Argentina, Korea, England, South Africa, Italy, and Japan. Winner of numerous international prizes, competitions, and residencies, in 2018 he was awarded as the Best Young Artist Of The Year (Painting & Sculpture) by the GAMMA competition and GM conference of Tokyo. Niccolò currently lives and works between Genoa and Amsterdam. 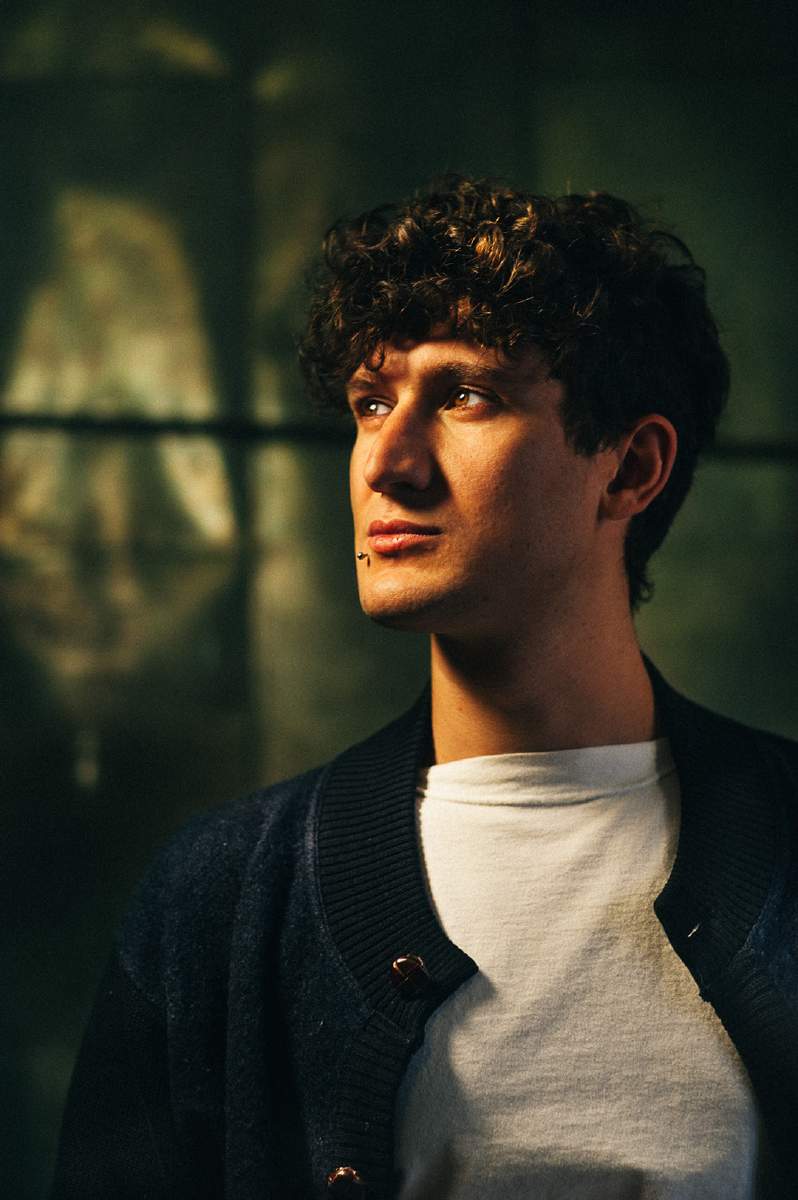 »Politics/Poetics« Teresa Macrì – Postmediabook (2014)
‍
»The Desert Rock That Feeds the World« Alex Kasprak – The  Atlantic / November (2016)
‍
»Anatomy of restlessness« Bruce Chitwin / Published by  Jonathan Cape – 1996
Legal Disclosure and Privacy Policy apply as on the Miller-Zillmer Foundation Homepage. Please feel free to contact us or support us with a donation.